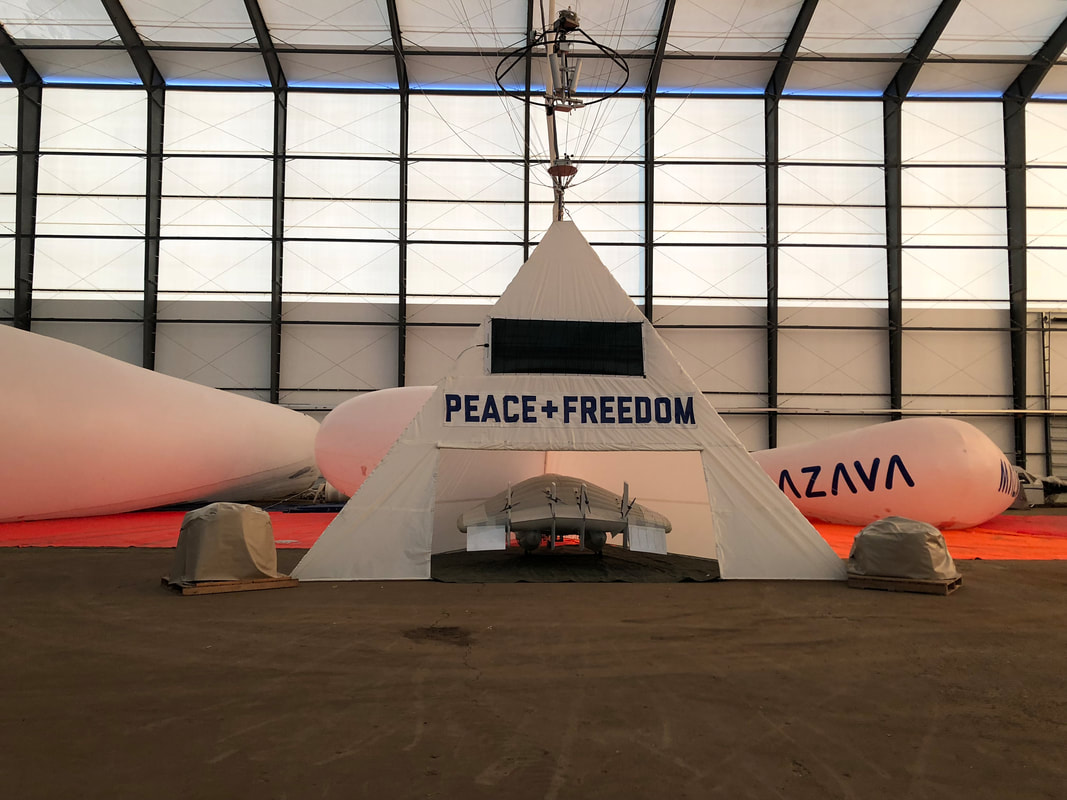 Description: As a world leader in developing new types of fabric airships, aerostats and buildings, Solar Ship has developed an experienced engineering team for all facets of design and engineering of fabric structures.

As fabrics become more advanced, the applications for fabric structures are becoming more exciting. With a strong and experienced engineering team, Solar Ship can custom design and build virtually any fabric structure. 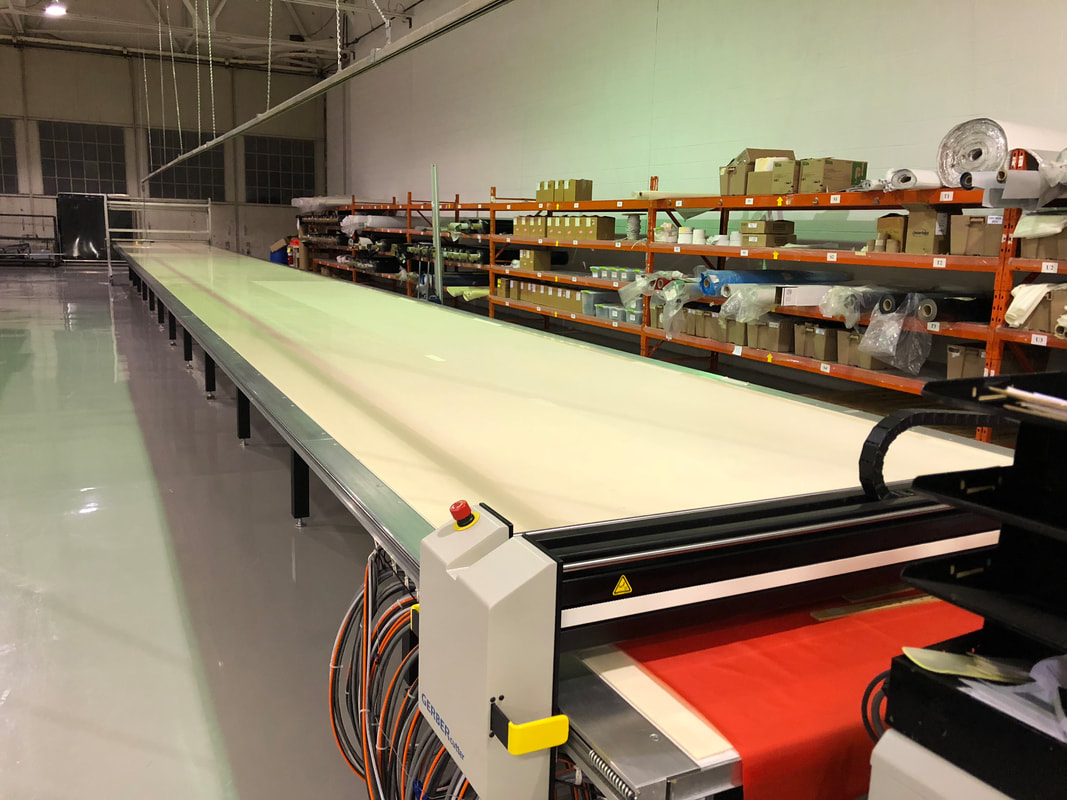 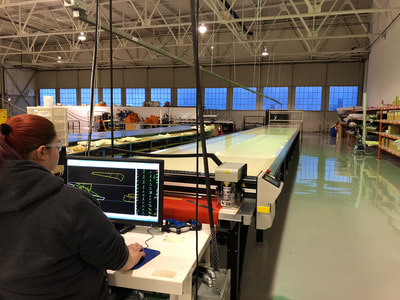 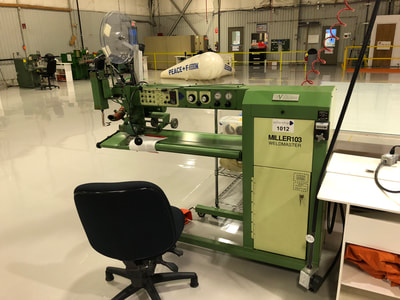 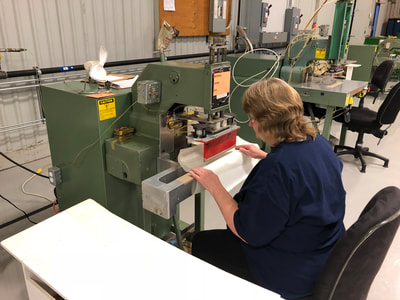 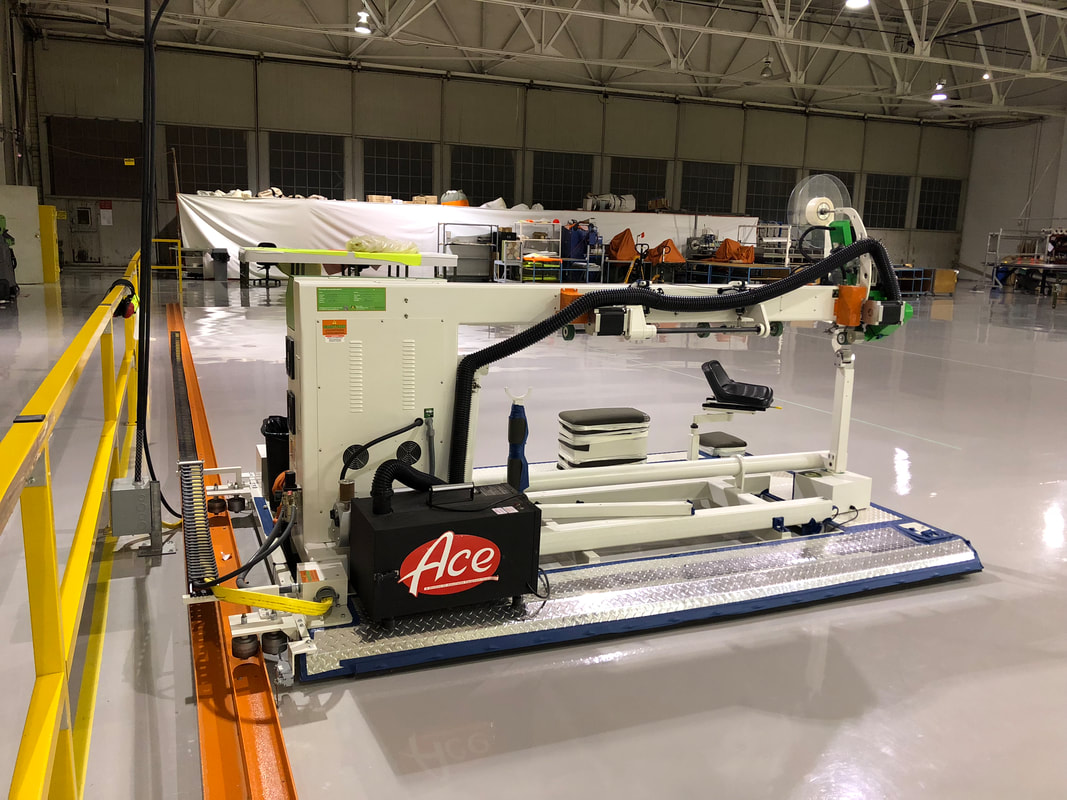 Solar Ship has extensive experience developing complex, highly engineered products able to thrive on missions in harsh environments ranging from Canada’s Arctic to the jungles of Africa. These missions require energy self-reliance, meaning aircraft, aerostats and hangars must operate on solar, battery and hydrogen power. These are unique capabilities. 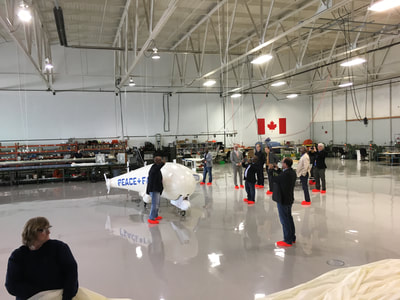 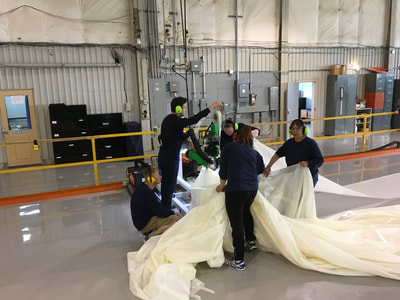 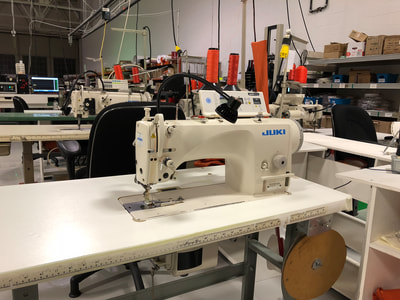 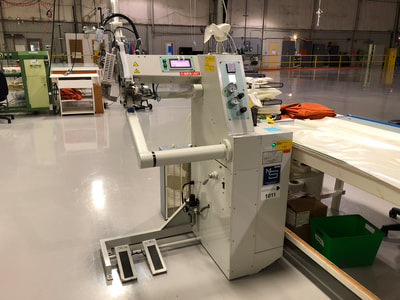 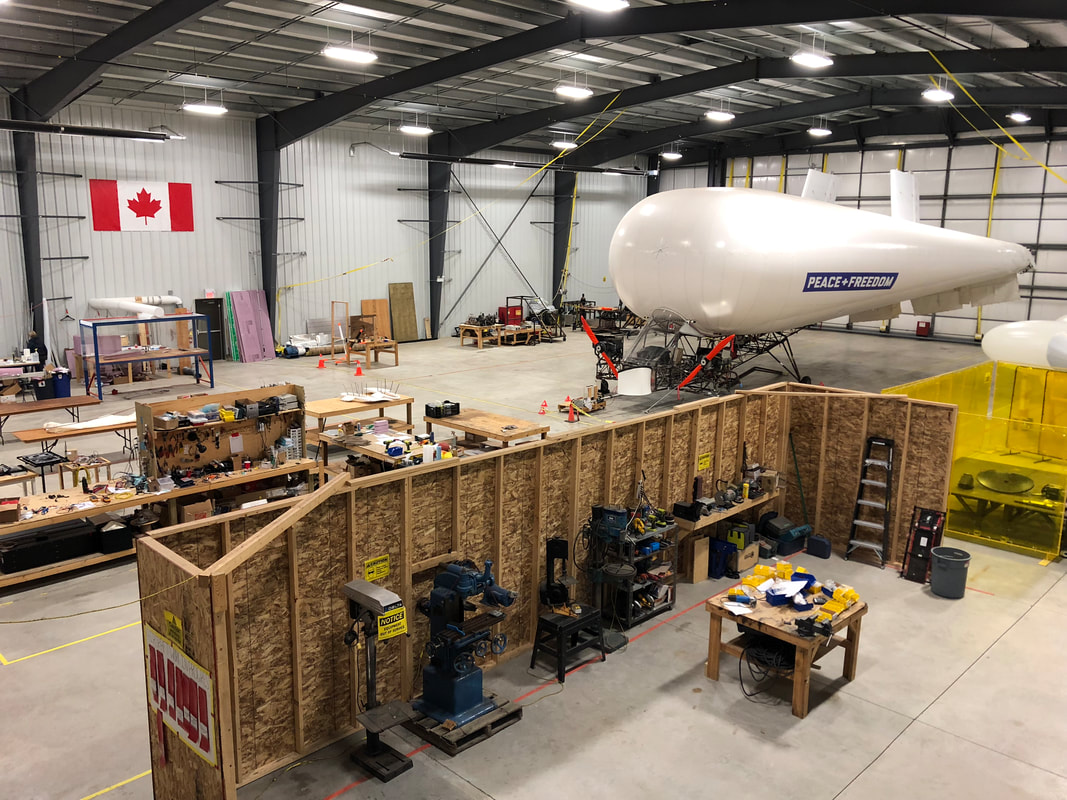 Description: The world of aerospace engineering has advanced rapidly since Solar Ship first started designing and building aircraft. In 2006, a concept was developed in 3D on a computer, a model was built and tested in a wind tunnel, then a prototype was built and flown as a UAV.
​
Today, a concept design can be drawn with far more precision and put into a CFD model to establish base parameters. What happens next is the accumulation of massive data - when done properly, it means aerospace engineering can have exponentially more powerful results at less than 5% of the time and cost. From CFD results one builds a UAV and loads it with a Data Acquisition System (DAQ) to generate Big Data on the flight performance. This digital data is fed into the CFD to enable the CFD to mimic exactly the flight performance of the UAV. Once they match, the CFD model can be use to create a simulator to run multiple flight test simultaneously generating accurate Big Data. Design changes can be made rapidly and accurately. These changes can then be made to the UAV which now runs test flights with the simulator. As data accumulates, the strengths and flaws of the design are revealed in rapid time. It takes time to accumulate the initial Big Data, but once accumulated, the advances in aerospace engineering and design are leaps and bounds turning aerospace concepts into fully tested prototypes. 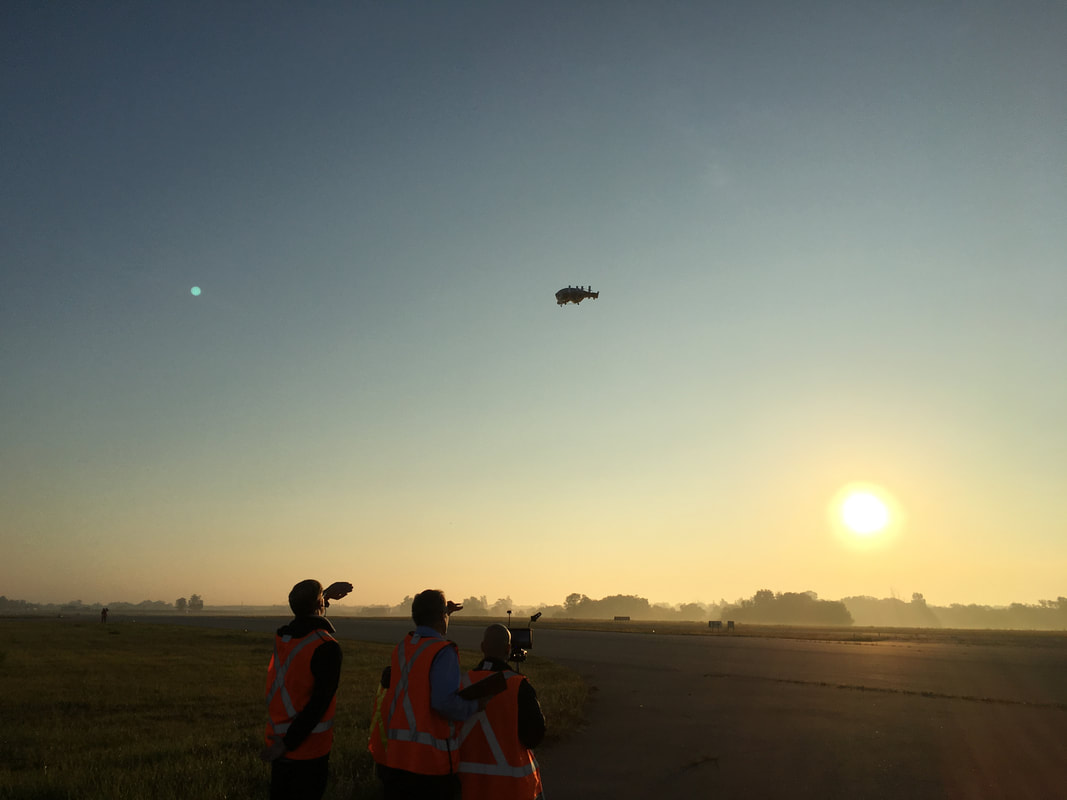 Description: The world of mechanical engineering has advanced on a similar path to aerospace engineering, where structural designs can be calculated tested and evaluated with precision prior to spending any money on the build. The build then comes together seamlessly and on time on budget.

Description: Solar Ship has a full range of prototyping capabilities to turn a design into a new prototype aircraft, aerostat or virtually any new vehicle. CNC, McGyver stuff shop… describe Andrew B

Description: Flight test and evaluation programs can be designed and executed for any new design of aircraft or aerostat. It starts with specific measurable Top Level Requirements (TLRs) then a program can be designed to test and evaluate all the parameters a new technology will face to meet these TLRs. This involves a strict structure for testing and data collection and processing, in combination with CFD and flight simulators.
​
Once a new design has passed the Test and Evaluation process, it provides precise diagnostics on the strengths and weaknesses of the vehicle. As part of the T&E service, a list of recommendations is provided to innovators on how to remedy the weaknesses and improve the innovation.

Description: Solar Ship has developed systems for converting traditional internal combustion powered aircraft into electric powered aircraft. Each aircraft design has specific needs, and not all aircraft are suitable for conversion. The electric aircraft movement is picking up momentum and several small and medium sized planes are readily converted to electric propulsion, with reliable batteries and range extenders resulting in a quieter, safer aircraft than its original combustion aircraft.

Description: Solar Ship develops balloons to launch rockets into space. We lift the balloon into space so it does not burn valuable energy on the voyage up – then the rocket launches from the altitude and position it wants.

In 1728 Isaac Newton published the idea of hurling a cannonball at a precise angle and speed into the heavens and proposed it would keep orbiting around the world.  In 1945, Arthur C. Clarke described in detail the possibility of providing mass communications to the planet by launching satellites. Satellites have changed the way we live our lives and benefited society by improving communication, navigation, weather and Earth monitoring, science, and more.  Traditionally, satellites were large machines developed over many years with eight-figure budgets. For over two decades, engineers around the world have been challenging these paradigms with the idea that smaller, faster, and cheaper microsatellites are the key to opening the opportunities and benefits of space to the world.

A microsatellite is defined as a satellite weighing between 10 to 100 kg and will typically be the size of a medium to large suitcase. Small electronics have made it possible to develop microsatellites with same capabilities as large satellites, at a fraction of cost, and time.

Currently, the path to orbit for microsatellites is through sharing rides with large satellites. This ride-sharing method makes microsatellites secondary passengers and has 3 main disadvantages for them: 1. They pay a premium to “hitch a ride”, 2. Available slots are subject to long wait times, and 3. They have no say in the final destination, meaning you take it or leave it. As with many high cost technologies, it is a game played by the super rich and superpowers and they set the rules. Microsatellites invite smaller powers and small innovators with new ideas into the game. This is ideal for countries such as South Africa, Australia and Canada with vast spaces in need of communications, strong innovator communities, yet small budgets.

At the present time, Canada relies entirely on other countries to get microsatellites to orbit. A microsatellite launch vehicle provides a dedicated ride to orbit that goes wherever the customer needs, on a predictable schedule, free from delays associated with bloated and expensive traditional missions.

Canada is a leader in microsatellite technology due to the combined efforts of a community of technologists in government, industry and academia. They have proven microsatellites provide a cost-effective, powerful tool for providing Earth observation and communications services. These services can be used to solve a range of problems facing Canada and the world today. Microsatellites built in Canada include: NORSAT-2 provides internet to ships, GHGSat monitors greenhouse gas emissions, MOST Space Telescope finds exoplanets in space, and Ex-Alta2 monitors forest fires and fire risk on Earth.

Creating a dedicated microsatellite launch service positions Canada, South Africa and Australia to enable their innovators to advance microsatellite technology and become a collaborative hub for space missions in vast territories around the world. Lowering the cost invites greater diversity into the space industry including new opportunities for Aboriginal innovators to join the space innovation community. This creates a new platform for rapidly identifying problems, organizing collaboration and developing solutions.